Who of us has not, at one point or another, felt as though our look was just a bit outdated and in need of an update? Well, Bangla Hope is no different. We have been around for nearly two decades and decided to refresh our look. Now, when you go to our website, you will notice our new logo. Soon, our newsletter, letterhead and other materials we utilize to connect with the public will also sport this new appearance.

Over the years, Bangla Hope has benefited from the volunteer service of many dedicated, Christian, young people who have served us in Bangladesh as Student Missionaries. This past year, I reached out to Walla Walla University to see if we could engage the services of a Marketing Intern to volunteer in helping us update our look. The Lord had just the right young person in mind: Madison (Madie) Youngberg.

Madie was a senior Graphics Design student. A big part of her senior year was completing a senior graphics arts project. Madie has a heart for missions as mission service runs deep within her family, and she volunteered many hours for the Student Missions Office on the WWU campus. Rather than have her hours of work toward her senior project have no practical purpose, Madie determined she wanted Bangla Hope to benefit from her efforts. Thank you Madie for the makeover. We appreciate your hard work and pray God will use your talents for Him in the future. 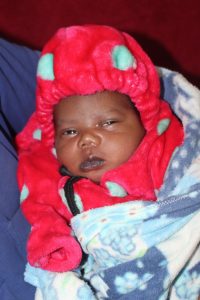 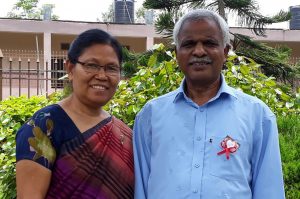 UPDATE: We are praising God for His abundant blessings! We have received all the funding needed for Miriam’s surgery. Thank you all for continuing to support us through your prayers and donations.

Miriam Hasdak joined Bangla Hope when it was founded fourteen years ago.  She began working as a caregiver and has recently been filling in to assist with our medical needs. She puts in endless hours caring for our sick children, providing medications, bandaging injuries, and weary hospital stays with our children who are hospitalized for any reason.

Miriam has recently been diagnosed with ovarian cists and now needs medical attention herself.  She has been dragging her feet to acquire the much-needed medical help because of the costs involved.  I have instructed Suchitra, our administrator, to get Miriam into the hospital as quickly as possible and that God would help us to find the funds to aid in her recovery.  It is estimated that her operation may cost around $2500.

If the Holy Spirit speaks to your heart concerning this matter you can give us a call at 509 586-4259 or if you would like you can click here and donate now. Donate Now

May the Lord bless you as you continue to work for His soon return. 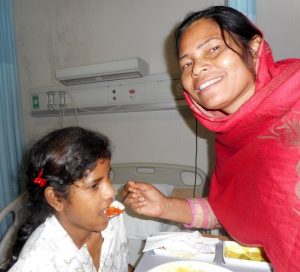 Miriam Caring for Kakoli in the hospital 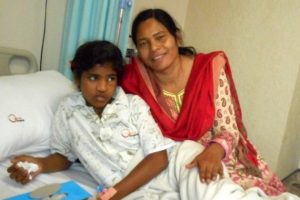 Miriam Caring for Kakoli in the Hospital